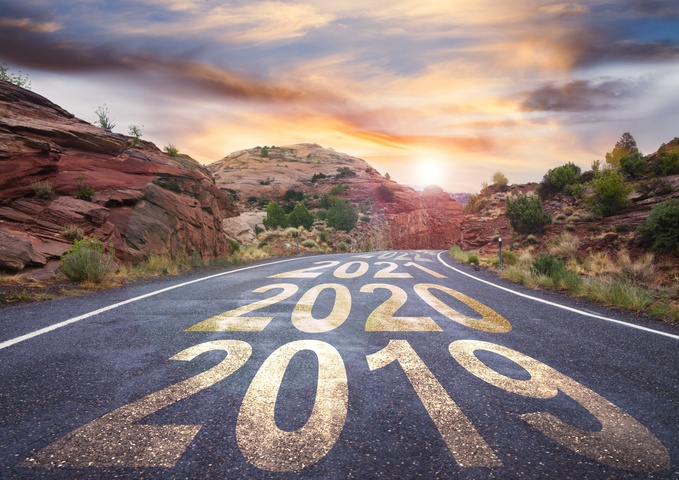 The year 2018 was a challenging and interesting year for legal and tax developments affecting clients from Russia/CIS with business or personal interests in Switzerland.

In this newsletter, the Russian/CIS Desk looks back at some of the last year's developments and looks ahead to what to expect in 2019 in legal and tax issues affecting business between Switzerland and Russia/CIS.

Two of the goals of the ongoing major reform of the Swiss corporate tax system are the abolishment of the privileged tax statuses currently granted to around 24,000 companies while keeping Switzerland attractive from a corporate tax perspective.

Corporate profit taxes in Switzerland (on all three levels of taxation – communal, cantonal and federal) currently vary between ca. 12% and 24% depending on the company's seat. But for companies benefiting from special tax statuses on the cantonal and/or federal level – such as holding, mixed or principal companies – which tend to benefit international groups of companies carrying out little or no operational business in Switzerland, it is only between ca. 8% and 11%. Because these privileged tax statuses do not correspond to the international standards of the OECD and EU, Switzerland has been under international pressure to abolish them.

After the Swiss people rejected the government's initial reform plan in a public vote in February 2017, the Swiss parliament has now approved the government's second try in September 2018 –the Federal Law on Tax Reform (in a package together with reforms of the old age and pensioner's insurance, AHV/AVS).

If the law is accepted in a referendum now planned for May 2019, it should enter into force in 2020. However, principal company and Swiss finance branch statuses (privileged tax statutes on the federal level) will already no longer be applied to new companies by the Swiss Federal Tax Administration starting in 2019.

Note that the law does not affect the privileged tax status for individuals known as lump-sum taxation, which will continue to be offered in most Swiss cantons.

Looking ahead: Privileged tax statuses for companies will be completely abolished within the next 1-2 years. Companies currently benefiting from such statuses should now analyze the consequences and reexamine their structuring.

As a measure to counterbalance the abolishment of privileged tax statuses (see above), many cantons will drastically lower their tax rates in the next years.

The Canton Vaud, with its capital and largest city Lausanne, is one of the first cantons to have taken such measures in order to ensure its competitiveness and position itself among the most attractive centers for business on a national and international level. Starting in 2019, the corporate profit tax in Vaud will sink from one of the highest corporate tax rates in Switzerland, a maximum of ca. 23%, to 13.79% for all companies.

The Canton Vaud remains one of the most expensive cantons in Switzerland for individuals from the point of view of personal income tax. However, reforms are underway to lower the tax rate for individuals starting in the year 2020. Vaud is home to the highest number of persons benefiting from lump-sum taxation all the Swiss cantons, and the number is expected to increase following these reforms.

Geneva is following in Vaud's footsteps. A public vote will take place in May 2019 on the local government's proposal to lower the corporate profit taxes to a flat rate of 13.99%.

Looking ahead: Lowered tax rates will increase Switzerland's attractiveness as a center of business generally and for all companies, which will largely counteract the abolishment of privileged tax statuses for only a few. Major changes in cantonal tax rates mean that preferred locations for business within Switzerland are likely to shift.

Place of effective management, substance and tax transparency are key

An important principle in the international efforts to stem tax evasion and aggressive tax planning in past years is that companies should be taxed in the place where their day to day business activities are located and important decisions are made. This is known as the "place of effective management" principle and is closely connected to the requirement of substance.

With ever more regulations and tools at their disposal, tax authorities worldwide are becoming more sophisticated in tracking down such scenarios. In 2018, prominent cases of alleged tax evasion became public in Switzerland and abroad where companies in a (usually offshore) jurisdiction were deemed by tax authorities to have been effectively managed in another country. This can lead to tax liability, interest, fines and even criminal sanctions for the persons involved.

In connection with the issue of substance, in 2018, several jurisdictions cracked down on so-called "shell companies", or companies with little or no substance in their country of incorporation. Latvia passed legislation preventing Latvian banks from offering services to shell companies in order to reduce the number of high-risk transactions. The Central Bank of Cyprus also issued similar guidelines for Cypriot banks. And the British Virgin Islands passed legislation imposing economic substance tests for BVI companies.

Looking ahead: The issues of place of effective management and substance are at the forefront of cross-border corporate and tax planning. Shifting corporate profits to low-tax jurisdictions is near impossible, but clients have legal means at their disposal to take advantage of favorable tax regimes worldwide through smart structuring.

Besides abolishing special tax statutes, Switzerland has agreed to abolish bearer shares. This is an internationally recommended measure aimed at increasing the transparency of legal entities.

Although the business community criticized the project, in November 2018, the Federal Council published its dispatch on the implementation of the new bill, which may enter into force by the end of 2019.

In the future, only certain companies, for example those listing equity shares on a stock exchange, will be allowed to keep bearer shares. Other companies will have 18 months to transform bearer shares to registered shares. Furthermore, the law introduces criminal sanctions for the breach of the duty to report the beneficial owners of shares or to maintain the share register and the list of beneficial owners of shares. However, the Federal Council dropped its original requirement that Swiss companies must maintain a Swiss bank account.

Countries such as Great Britain, Singapore, Hong Kong, Belgium and Austria have already abolished bearer shares. Further transparency measures that are becoming the norm are public registers of beneficial owners of companies, as foreseen in the European Union's 5th Anti-Money Laundering Directive.

Looking ahead: Abolishing bearer shares was not an unexpected step for Switzerland. Further transparency measures in Switzerland will follow, and a public register of beneficial owners is to be expected in the next few years.

In 2018, Switzerland exchanged information automatically for the first time – on 2 million financial accounts – with most European Union countries as well as nine other countries, including Guernsey and Jersey. Switzerland did not exchange information with Cyprus and Romania, citing failure to meet international standards on data confidentiality and security.

The year 2019 will be an even bigger year for AEOI, with Switzerland beginning exchange regarding financial account information from the year 2018 with around 40 further countries, including Russia.

Furthermore, in December 2018, Switzerland's Federal Council initiated the consultation on introduction of AEOI with 18 further states, including Azerbaijan and Kazakhstan. The first exchanges with these countries are planned for the year 2021, concerning information about the year 2020.

In late 2018, the Federal Council determined the quotas for 2019 for immigration from third countries, i.e. countries outside the EU/EFTA. The maximum number of residence permits (B permits) to be issued was increased by 1,000, and the maximum number of short-term permits (L permits) was decreased by 500. In sum, the total number of permits has returned to the level granted in 2014.

In total, 8,500 specialists from third countries will be able to be hired in 2019, and an additional 1,000 permits will be added to a federal reserve in order to allow the federal government to respond to additional needs of the cantons.

All in all, immigration to Switzerland in 2018 increased only slightly compared to 2017. Interestingly, Russian citizens have been, for the past five years, in first or second place as the nationality group to be granted an early permanent residence (C) permit due to successful integration (after 5 years instead of the usual 10). Less than 4% of all C permits in Switzerland are granted in this way.

Switzerland remains stably attractive for migration, investment and corporate and tax planning opportunities. Constantly scoring high on the World Economic Forum's Global Competitiveness Index as well as on other economic indicators, Switzerland thus remains a safe bet for business. We note a pragmatic and thorough approach on the part of government agencies, including tax authorities, and a stability of political opinion regarding the importance of attracting business to Switzerland, which means that this environment is unlikely to change for the worse in the near future.

The country will, however, have to innovate in order to stay competitive. Zug's Crypto Valley and the favorable environment for cryptocurrency projects, as well as for technology start-ups – Switzerland has been called the "Silicon Valley of Robotics" – have already given the country a boost. And the fintech environment, including wealthtech, offered both by traditional banks and by fintech startups, is flourishing. We can therefore look forward to an interesting and techy year 2019.

This newsletter is meant as a general overview and not as legal or tax advice. Each client's situation is different. The specialists at Altenburger Ltd legal + tax can advise you on specific aspects of the renewed tax amnesty and assist with regularization and compliance. For more information, please contact the authors of this article or your trusted advisors at Altenburger Ltd legal + tax in Geneva, Zurich and Lugano.

Visit our website to learn more about the services the Russian/CIS Desk offers in the year 2019 and beyond: https://www.altenburger.ch/expertise/business-russiacis-switzerland/.