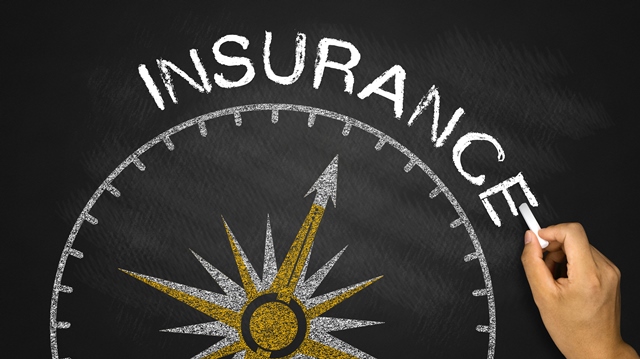 Under the Treaty of 19 December 1996 between Switzerland and the Principality of Liechtenstein regarding Direct Insurance and Insurance Intermediation (the “Treaty”), Swiss insurers can distribute their policies on a cross-border basis directly into Liechtenstein and vice-versa. There is no need for a subsidiary or branch office to be established in the target country.

Cross-border insurance: a refresher on the Swiss-Liechtenstein and Liechtenstein-EU passporting regime

Relationship between Switzerland and Liechtenstein

Similarly, a Swiss primary insurer that wishes to commence activity in Liechtenstein under the freedom of services must inform FINMA accordingly and indicate the lines of business that it wants to write in Liechtenstein as well as the risks that shall be covered. FINMA examines the legal permissibility of the proposal within one month upon receipt of the necessary information. If there are no objections, FINMA informs the FMA accordingly, and the insurer can take up its activity in Liechtenstein. No special authorization from the FMA is needed here, either.

No direct distribution via branch offices

The Treaty only applies to the head office of insurance companies. The branch office of a (usually foreign) insurer does not benefit from the Treaty. A carrier wishing to directly distribute insurance into the other jurisdiction must have its registered office, i.e. be incorporated, in either Switzerland or Liechtenstein as a home country – mere agencies, representations or branch offices do not fulfil this requirement.

The cross-border activity of insurance intermediaries

Insurance intermediaries that are registered on the territory of a party to the Treaty also benefit from the Treaty and may exercise their brokerage activity on the other Treaty party’s territory without further authorization or registration. A prerequisite for this privilege is, however, that the coverage of the intermediary’s professional liability insurance extends to both Liechtenstein and Switzerland.

Insurance intermediaries registered in Liechtenstein who wish to carry out their activity in Switzerland must however first notify the FMA thereof. They can commence their activity as soon as they have fulfilled their notification duty – in this case, FINMA does not need to be informed.

Swiss registered insurance intermediaries can exercise their activity in Liechtenstein without having to inform the supervisory authorities. Neither the FMA nor FINMA need to be notified prior to the start of the cross-border activity.

Reinsurance not covered by the Treaty

The Treaty does not cover (pure) reinsurance, as this business is exempt from authorization requirements between the two jurisdictions in any case.

With respect to Switzerland, foreign-incorporated insurers that carry out reinsurance business only in Switzerland are not subject to Swiss regulation. Consequently, Liechtenstein reinsurers may operate in Switzerland without authorization.

A simplification, but no free pass

The Treaty allows primary insurers authorized in Liechtenstein or Switzerland, respectively insurance intermediaries registered in either country, to exercise their activity in the other country on a cross-border basis. Insurers and intermediaries can, as a rule, sell insurance freely into the other territory without undergoing an application procedure before the local supervisory authority or obtaining authorization locally. Neither a registered seat nor a branch office needs to be established for the exercise of their activity in the target country.

Because the Treaty does, however, not allow for cross-border insurance via branches, it does not constitute a gateway to the EU/EEA. A Liechtenstein branch does not grant EU/EEA insurers simplified access to Switzerland. Nor can a Swiss insurer that has set up a branch in Liechtenstein directly sell policies into the EU/EEA via this entity. Also, reinsurance business, which is anyway possible on a cross-border basis, remains unaffected by the Treaty.

Finally, as usual in structuring cross-border business, the specificities of each of the national laws concerned need to be taken into account. Swiss and/or Liechtenstein law provide, for instance, for special provisions regarding certain lines of insurance (e.g. motor, natural perils or health insurance) as well as for mandatory insurance contract law clauses, for example regarding jurisdiction, that need to be considered.

Relationship between Liechtenstein and the EU

Liechtenstein insurance companies have direct cross-border access to the EU market since the accession of Liechtenstein to the EEA in 1995 on a freedom to provide services basis.

The freedom to provide services allows the Liechtenstein risk carriers to distribute their products in the EU/EEA without further authorization. Just one example: since the implementation of the third life assurance Directive, a Liechtenstein life insurance company that wishes to exercise its activity in the EU/EEA must simply notify the FMA of the planned cross-border insurance activities. The FMA, in turn, will forward such notification to the competent foreign authority body - no authorization in the target country is required.

Similar to product structuring for cross-border business between Switzerland and Liechtenstein, the specificities of the national laws concerned need to be taken into account. This is not only the case for tax specificities in the target country but also for civil law provisions (in particular mandatory insurance contract law) and consumer protection rules.