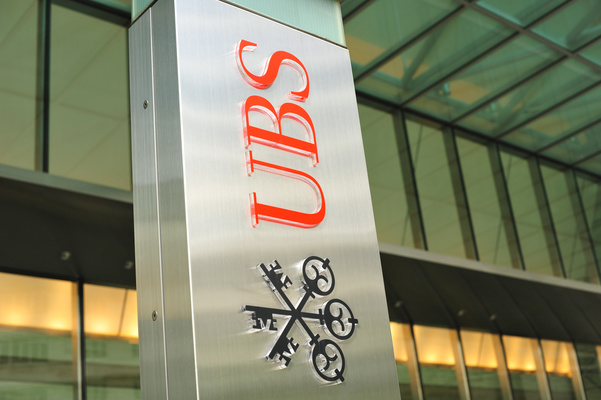 In the official Swiss Journal ("Bundesblatt") no. 31 dated 6 August 2019, the Swiss Federal Tax Administration ("FTA") published a request for administrative assistance issued by the Italian Agenzia delle Entrate ("AdE") on 6 December 2018. The request concerns an undefined number of accounts held by Italian residents at UBS Switzerland AG ("UBS") between February 23, 2015 and December 31, 2016.

The anonymous notice published by the FTA is based on Art. 14a para. 4 of the Federal Act on International Administrative Assistance in Tax Matters ("TAAA") and concerns group requests. Such requests target numerous persons who can be identified on the basis of a common pattern of behavior. The purpose of the publication in the official Swiss Journal is to give to persons concerned the possibility to object to the disclosure of details on their personal account and receive a final decree ("Schlussverfügung") from the FTA instead, based on which they can then engage in administrative and court proceedings to prevent the envisaged administrative assistance.

In the past ten years, Switzerland has undertaken significant efforts to combat international tax fraud and tax evasion and to fight for the strict observance of foreign tax laws. In order to do so, a number of tax laws were enacted, allowing Switzerland to comply with international standards issued by the OECD (acting on behalf of the G20). In this respect, Switzerland ratified the Multilateral Convention on Administrative Assistance originally issued by the CoE and the OECD in 1988 and amended in 2011 ("OECD MC"), and it renegotiated numerous Double Taxation Conventions ("DTC"), amongst them also the DTC with Italy, in order to comply with the international standard introduced by the OECD MC in the version of July 2010.

In addition to the already referred to TAAA, Switzerland:

-   activated the AEOI standards of the MCAA/CRS with more than 80 countries; and

Exchange of Information on Request

The key element for an exchange of information on request based on Art. 26 OECD MC (or the respective DTC provision) and the TAAA is that the information requested must be "foreseeably relevant" for enforcing the provisions of the DTC or for the administration or enforcement of domestic tax laws. This provision thus enables the requested country to distinguish between an admissible and an inadmissible request. The aim of the foreseeable relevance test is to allow for an exchange of information to the widest possible extent, without, however, permitting a "fishing expedition". The latter refers to unlawful inquiries which are random or speculative, thus lacking any detailed description of the person(s) or group concerned.

The information request can either be an individual one or a group request involving several persons. In order for a group request to not be a "fishing expedition", it must contain a specific description of the group concerned, refer to facts and circumstances on which the relevance of the particular group request is based, as well as provide for adequate reasoning explaining alleged illicit group behavior.

Exchange of Information on Request based on the DTC with Italy

The request launched by the AdE on 6 December 2018 is based on the additional Protocol amending the DTC dated 24 February 2015, effective as of 13 July 2016 ("Protocol"). Based on the Protocol, the provision covering the exchange of information, i.e. Art. 27 of the DTC, was amended by inserting a new letter "ebis", which in its para. 3 refers to "foreseeably relevant information", which may, however, not amount to an illicit fishing expedition. In this context, it is important to note that:

1.      the requesting country must have exhausted its domestic means of obtaining information before it can launch a request in the other country;

ii.          the time period for which information is being requested;

iii.          a description of the information requested as well as the form in which such information shall be remitted to the requesting country;

iv.          the fiscal purpose for which the information is being sought;

v.          to the extent known, name an address of the person/entity which possesses the information the requesting country is looking for.

Time-wise, the Protocol allows requesting states to go back to the time when the Protocol has been signed, i.e. requesting information as of 23 February 2015. The date of entry into force of the Protocol is therefore irrelevant.

In addition, on 2 March 2017, the competent authorities of Switzerland and Italy entered into a competent authority agreement, allowing for a common understanding of what constitutes admissible group requests ("Competent Authority Agreement"). By making reference to a decision of the Swiss Supreme Court dated 12 September 2016 about the admissibility of a Dutch group request (BGer 2C_276/2016), the admissibility of group requests has been restricted in the Competent Authority Agreement to "recalcitrant account holders". This term has been defined to include individual resident taxpayers of Italy identifiable by the criteria mentioned in the Protocol and who have not complied with the request of the Swiss bank to prove their tax compliance or, alternatively, that they have made use of the Italian voluntary disclosure program.

Judging from the text published by the FTA on 6 August 2019, there is a striking resemblance between the Italian request of 6 December 2018 and the wording of the Competent Authority Agreement. To a large extent, the Competent Authority Agreement served as a template for the AdE's request. This is particularly true for the definition of the "recalcitrant account holder". The wording of the publication in the Swiss Journal, however, does not disclose which specific criteria the Italian request was based upon and whether there were possible tax evasion circumstances involved. Likewise, the published text does not allow any conclusions as to whether the information the AdE is looking for is foreseeably relevant (Art. 4 of the Competent Authority Agreement).

On 26 July 2019, the Swiss Supreme Court rendered a widely discussed 3:2 majority decision with respect to a French group request involving the passing on of details of 40,000 UBS accounts to the French tax authorities (BGer 2C_653/2018). The proceedings against UBS were triggered by the German tax authorities, who seized a list of French account holders while searching UBS' premises in Germany.

The FTA admitted the French request, and both UBS and a number of account holders challenged its decision before the Federal Administrative Court, which in its 2018 decision stated that the French authorities did not provide enough evidence of the alleged tax infringements of the French taxpayers in their request, and that the request was therefore a prohibited fishing expeditions. The FTA challenged the judgment before the Federal Supreme Court, which overruled the Federal Administrative Court's decision and deemed the French request admissible.

It is worth noting in this regard that the FTA had suspended other administrative assistance proceedings while awaiting the decision of the Supreme Court. Although the reasoning for the decision of 26 July 2019 has not been published yet, and it is therefore not yet possible to scrutinize the interpretation of "foreseeable relevance" made by the federal judges, it is clear that the decision in the French case will have consequences for the present Italian proceedings.

i)     in cases involving individual taxpayers, identified either by name of otherwise; or

ii)    in cases involving groups of taxpayers, identified either by name or otherwise.

Using specified terms of foreseeable relevance in the context of the Italian DTC may therefore enforce and indeed, redirect the applicability of the relevant provision of TAAA.

This may be particularly true by additionally considering the language used in the Competent Authority Agreement. Even though this agreement does not amend but merely explains the Italian DTC, it nevertheless allows for a better understanding of what conditions group requests must fulfill in order to satisfy the requirement of "foreseeable relevance". In this context, it is furthermore important to await the as yet unknown reasoning by virtue of which the Supreme Court will justify its 3:2 verdict rendered in the recent case of the French accounts at UBS.